PLEASE CALL US FOR ASSISTANCE OR Book Online Memberships

Home » Blog » Is Coolsculpting Really Worth It?

Back in 2010, the Food and Drug Administration approved Coolscupting as a fat removal procedure in the US. In the eight years since then, the number of Coolsculpting procedures performed has increased by more than 800 percent. Although this non-surgical body contouring treatment has proven to be popular, there are still a few people who are skeptical.

Coolsculpting uses cold temperatures to destroy fat cells. During a treatment session, the area with unwanted fat is suctioned up into an applicator, which is lined with cooling panels. The panels expose the area to freezing temperatures for about one hour.

Since different areas of the body require larger or smaller panels, there are a variety of Coolscupting applicators available. Some clinics and spas only offer one applicator size, which can limit the areas that can be treated. Others offer a full range of choices, including the CoolMini, which allows providers to remove unwanted fat from the neck and chin area.

Once the fat is exposed to freezing temperatures for a certain length of time, it is permanently destroyed. The body doesn’t instantly flush out the destroyed fat cells, though. It can take a few weeks or months for the fat to be absorbed, creating a slimmer silhouette. 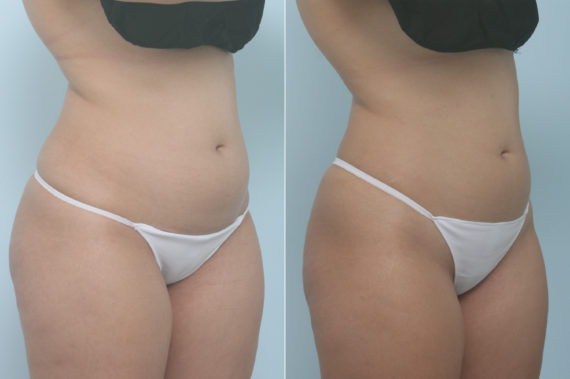 Who Coolsculpting is For

Instead, it’s meant for people who are looking for a slight improvement. The treatment can generally remove about 25 percent of fat in a given area, so it’s not going to provide dramatic results. But for someone who is looking to get rid of an extra inch or so of stubborn fat or who just wants to go down a waist or dress size, Coolsculpting is a great option.

It’s not just size that determines who is a good match for Coolsculpting and who isn’t. The quality of a person’s skin can also influence whether or not the treatment is appropriate. People with very thick skin might not get the results they were hoping for from the procedure since the panels might not be able to fully suction up the fat or get a good grip on the fat.

Skin elasticity is another determining factor. If a skin is lax or loose, there’s a chance that it will droop or sag as the body flushes away the destroyed fat cells. That might leave a person feeling more self-conscious about their results than they were before CoolSculpting.

What Happens After Coolsculpting

For some people, it’s business as usual after Coolsculpting. They might have already been on a healthy diet and already had an established exercise routine. Others use Coolsculpting as the kick-off to leading a healthier lifestyle. They start to eat more healthfully and get in the habit of going to the gym.

It can take as long as 16 weeks before final results appear. How long it takes all depends on how quickly a person’s system is able to flush out the fat.

There are cases when a person is completely satisfied with their results after just a single treatment session. There are also instances when a person needs two or three treatments in the same area to get the results they hoped for.

Is Coolsculpting Worth It?

So, is Coolsculpting worth it? For the right candidate, the answer is yes. For those who aren’t a good candidate for Coolsculpting, there are still other options available for fat removal, such as liposuction or weight loss surgery.

If you’re interested in Coolsculpting, Dr. Paul Vitenas and the staff at Mirror Mirror Beauty Boutique in Houston, Texas, are happy to answer any questions you have or to help you see if it’s a good option for you. To learn more, call 281-810-9083 to schedule a consultation today.

Get in touch with a BEAUTY EXPERT

*Client testimonials are based on personal experience. Individual results may vary.

As Houston’s premier Beauty Boutique, Mirror Mirror is overseen by one of Houston’s Top Board Certified Plastic Surgeons, Paul Vitenas, Jr., M.D., F.A.C.S. Together they are focused on helping you achieve natural looking aesthetic results, in a relaxing spa environment.